Advanon is flexible and fast. It helped us to improve our cash flow management. It's also great that we could give our trusted partners - who we rely on much - longer payment terms without suffering from it ourselves as a result. 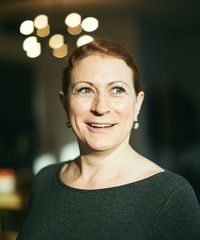 "Worn and unwashed" - at any other auction house this addition would be a killer criterion for bidders. Not so with sport-auktion.de. If you increase your bid here, grass stains, sweat and tears are all the more reason for you to dig deeper into your pockets. "Match worn" is the name of the word that drives up collector blood pressure and prices. Behind the portal is the company Sportnex. We present our customers and their success story around football. Because in the meantime, the Munich-based company stands for more than just curious auctions: Fifa's online shops, for example.

"Grass stains, for example, can be compared to TV footage and vouch for the authenticity of a jersey," explains Andreas Lipp, Managing Director of Sportnex. The company has been a leader in fan merchandise and memorabilia for almost 15 years. Sportnex now has 10 employees. In addition to the online auction house, Sportnex now operates the online shops of FIFA, FC Bayern Munich Fan Club Shops, UEFA and Score Draw Germany, which specialise in retro merchandising. In addition, there are license partners from the English Premier League and other renowned European clubs. The latest coup: Sportnex will also be responsible for the UEFA Champions League shop. "We see ourselves as a trustworthy e-commerce partner with a 360-degree approach," says Lipp.

Almost everything that gets under the hammer at sport-auktion.de actually comes directly from the changing room. "Usually we get the pieces from the kitman, who collects them immediately after the game or training and has them signed," explains the founder. "In addition, we have exclusive partnerships with the respective clubs - so we can vouch for the authenticity and uniqueness of the pieces. From signed goalkeeper gloves or soccer shoes to unwashed jerseys to a photo together with the favourite team - we trade everything that the fan and collector's heart desires and that cannot be bought anywhere else.”